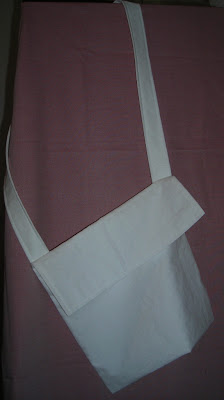 So I don't know what the difference is between a haversack and a possibles bag, but after researching haversack, here's what I came up with.

I used some cheapo cotton muslin. This was a BAD IDEA. The strap is going to rip right out the second my boy drops a couple rocks in the bag. One source I read mentioned using "heavy cotton muslin," but perhaps a comparable choice would be white/natural canvas. 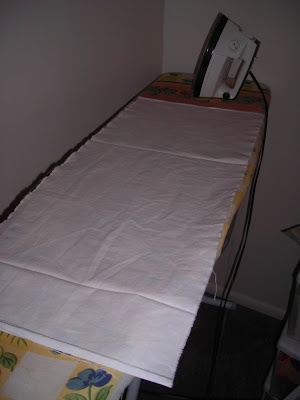 2. I pressed under both my 13" edges 1/2" and stitched them down. (If you are not using a selvage edge on the upper edge of your body, I'd turn that edge down twice to hide your unfinished edge. I just folded my flap edge down one time because it will later be folded to the inside of the bag and stitched down.) 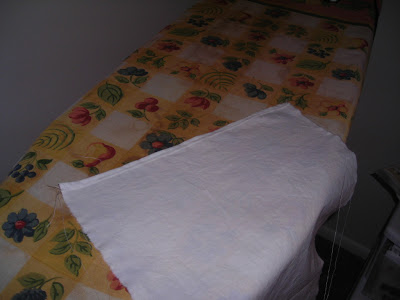 3. Then, I folded one end up 12" and stitched and re-enforced either side. I used a zig-zag to re-enforce (hint: NOT PERIOD).

4. While still inside out, I folded the flap down to meet the upper finished edge of the body. 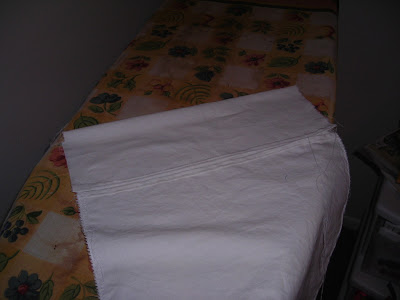 5. Then I stitched either side of the flap.

6. Then I turned everything right side out. I did some top-stitching along all four edges of my flap. 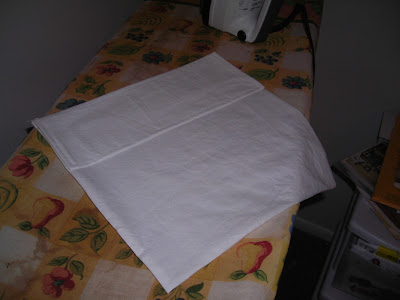 Strap
7. I cut another piece 6" x 44" (I didn't need it quite that long, but I'll shorten the strap later with a knot or something). I used 6" wide so I'd be able to self-strengthen my strap. I pressed it lengthwise down the middle, pressed in my short ends 1/2", then pressed the top half and the bottom half into the center. 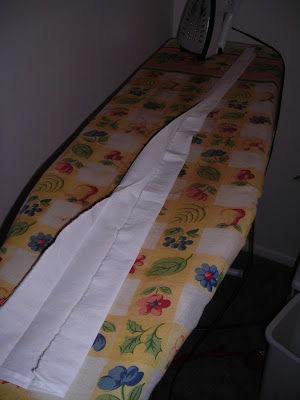 8. Then I stitched around all four sides. 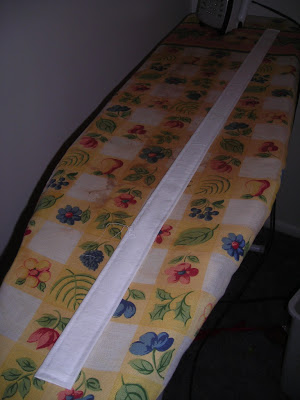 9. Then I fastened the strap to the back of my bag. 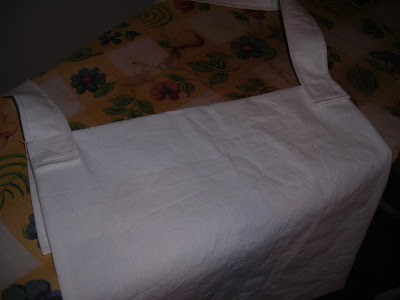 All done! You could add a button or two or three on your flap. Maybe I'll do that later, or maybe I'll just leave it.

Could you attach a video or make your steps clearer? I wasn't quite sure what to do on steps 3 - 6. I don't know if it's just me or if they weren't clear enough for people who've never made a satchel to understand. Please don't take this the wrong way, I'm just trying to find something to take on a trek. The only reason I'm commenting is because I love your design and it's the best one I could find. Thank you for understanding.

For a span of five summers, my kids and I were volunteers at This Is the Place Heritage Park (mid 1800s) in Salt Lake City. I discovered I LOVED sewing historic clothing! I didn't want to misplace my research, so I started saving my thoughts, research, and projects on this blog. I mostly help people with trek clothes now, but think it might be fun to become a seamstress at This Is the Place someday when I can think clearly enough, amidst the five kids, to make decisions like that.
I have a lot of links to Elizabeth Stewart Clarks' works, but I'm not so sure they work that great anymore. Sorry. :( If a link doesn't work, you can go to her main site and do a search for what I've referred to for the time being, but most info and free patterns will be found in "The Compendium." Her patterns may be purchased in "The Marketplace."